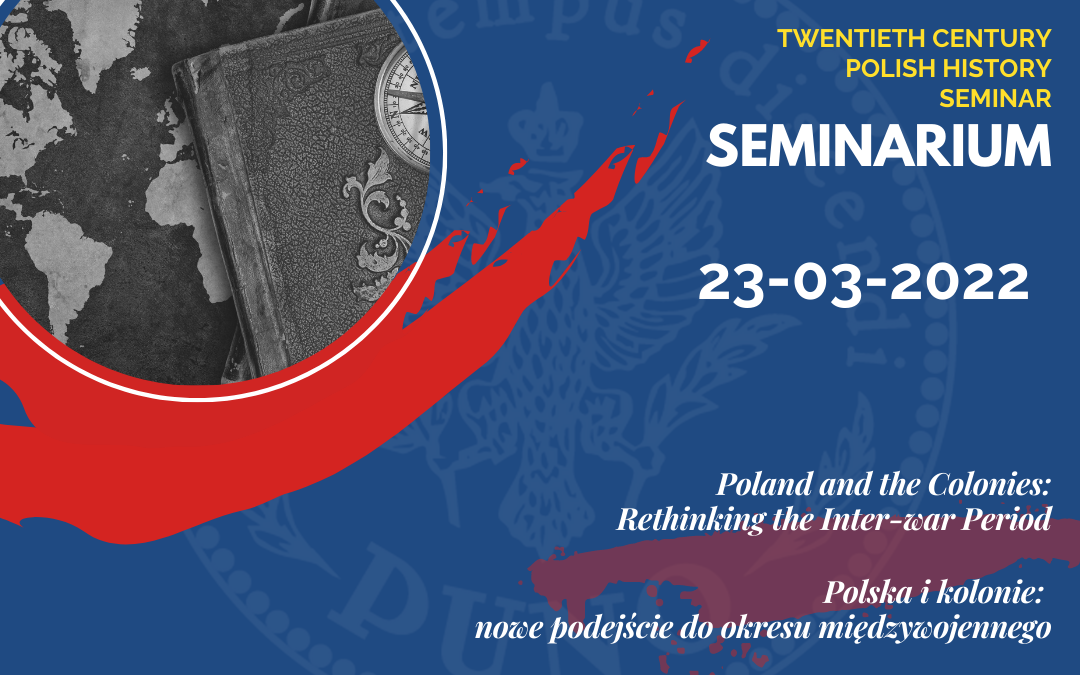 Dr Piotr Puchalski (Pedagogical University of Kraków)
Poland and the Colonies: Rethinking the Inter-war Period
In his talk, Puchalski will present selected findings from his book Poland in a Colonial World Order: Adjustments and Aspirations, 1918-1939. Contextualising inter-war Poland in a changing world of empires, nation-states, dominions, protectorates, mandates and colonies, the author charts how, in partnership with other European powers and international institutions such as the League of Nations, Polish leaders made attempts to channel emigration to South America, to establish direct trade with Africa, to expedite national minorities to far-away places, and to tap into colonial resources around the globe. He thus demonstrates the intersection between national policies, systemic problems in Eastern Europe and larger processes taking place at the time, including the internationalist turn of colonialism and the global fascination with technocratic solutions.
Piotr Puchalski is Assistant Professor of Modern History at the Pedagogical University of Kraków (Poland), where he offers courses in the history of Poland, colonial empires, international relations, and contemporary tourism. He has previously published in the Historical Journal and the Journal of Modern European History. His first book isPoland in a Colonial World Order: Adjustments and Aspirations, 1918-1939 (Routledge, 2022), and he has also contributed to the edited volumeThe World Beyond the West: Perspectives from Eastern Europe (Berghahn Books, 2022). His next project deals with Poland’s post-1939 colonial entanglements.