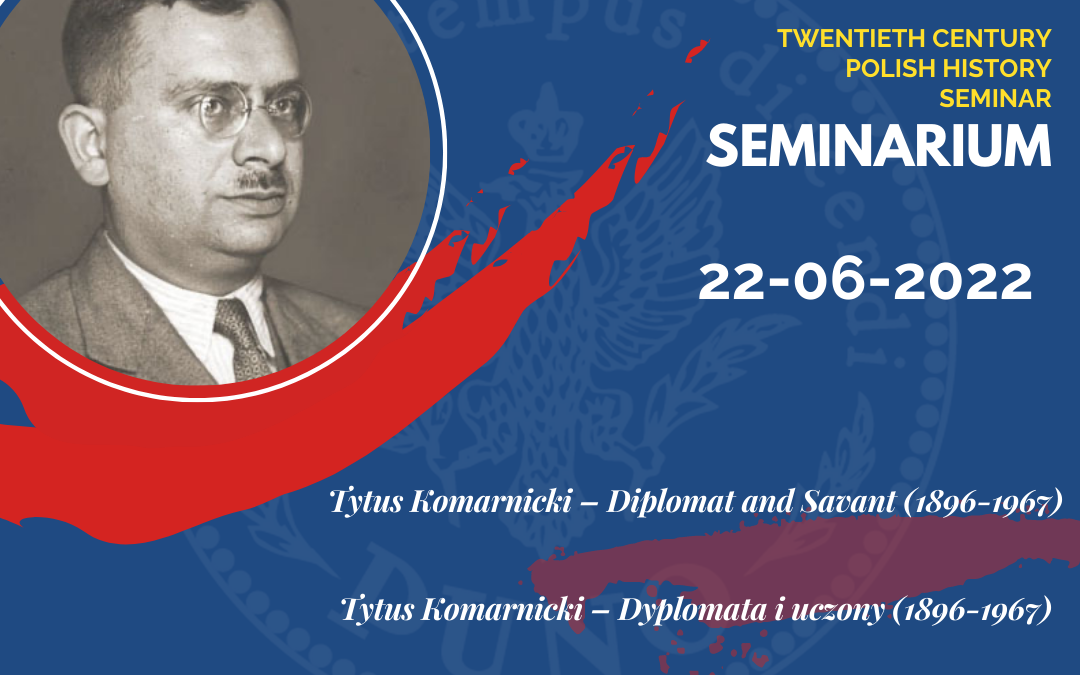 In this seminar, Dr Duber will talk about his forthcoming book: a biography of Tytus Komarnicki, a Polish diplomat, lawyer, and historian. Although nowadays his name is remembered mainly for his achievements as a historian after 1945, Komarnicki was a talented co-creator of Polish foreign policy conducted at the League of Nations. He was also a minister plenipotentiary in Switzerland and the representative of the Polish government in France during the Second World War. Duber will explain the origins of this publication, based on many previously unknown documents, its conception, and the main findings.

Pawel Duber is the author of numerous publications (including two monographs) on Polish authoritarianism of the interwar period, the government in exile during the Second World War, the history of diplomacy, and the politics of memory. He is currently finishing a biography of Tytus Komarnicki, historian and diplomat, a long-term Polish representative at the League of Nations. He has worked in many cultural and academic institutions, including the University of Warsaw, and the University of Fribourg in Switzerland. He is currently working as a postdoctoral researcher at Nottingham Trent University.