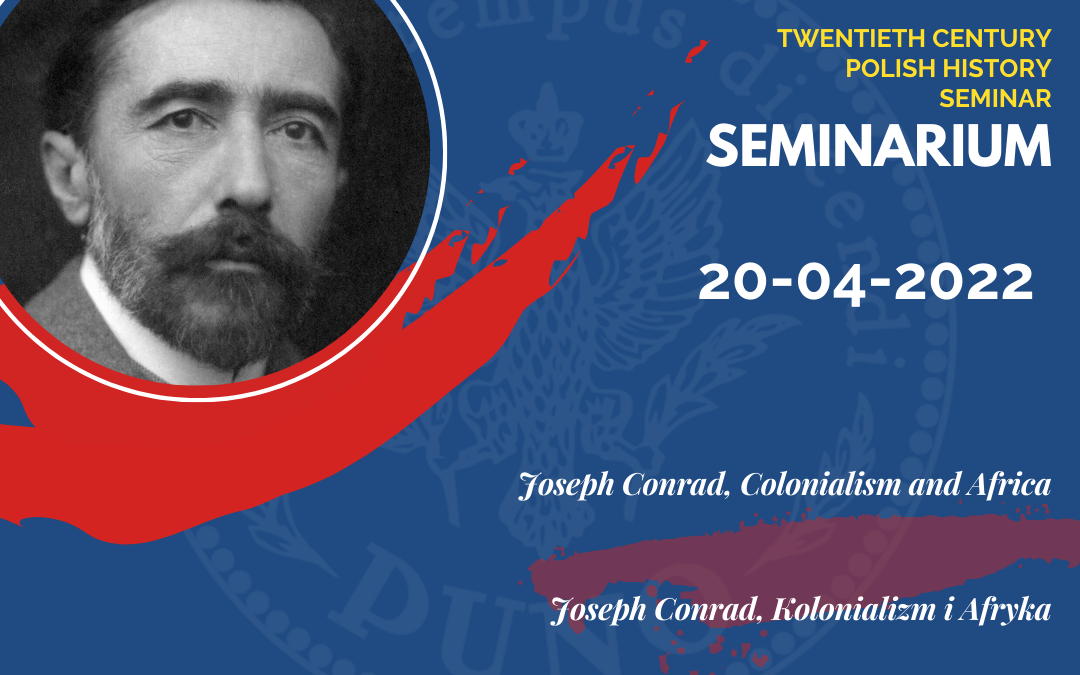 In this talk, Professor Hampson will consider Conrad’s engagement with colonialism in his African fiction. Although Conrad is associated in the popular mind with Africa, his early fiction drew on his experiences in the Malay Archipelago, and the Malay archipelago plays a much bigger part in his fiction than Africa.

Early reviewers described him as ‘annexing’ the archipelago for English literature, but, as Hampson will show, his depiction of Dutch and Spanish colonialism (and British interventions as well) is more sympathetic to the indigenous peoples than this would suggest. This provides the context for Conrad’s fictional engagement with Africa on which the talk will focus. Kiedy ” Heart of Darkness” was published, contemporary reviewers recognised its critique of King Leopold of Belgium’s takeover of the Congo. Hampson will discuss Leopold’s role in the Congo, but will also show how ‘Heart of Darkness’ (and Conrad’s other African story, ‘An Outpost of Progress’) extend their critique from the particular case of the Congo to the rhetoric of the ‘civilising mission’ that also underwrote other colonialisms.