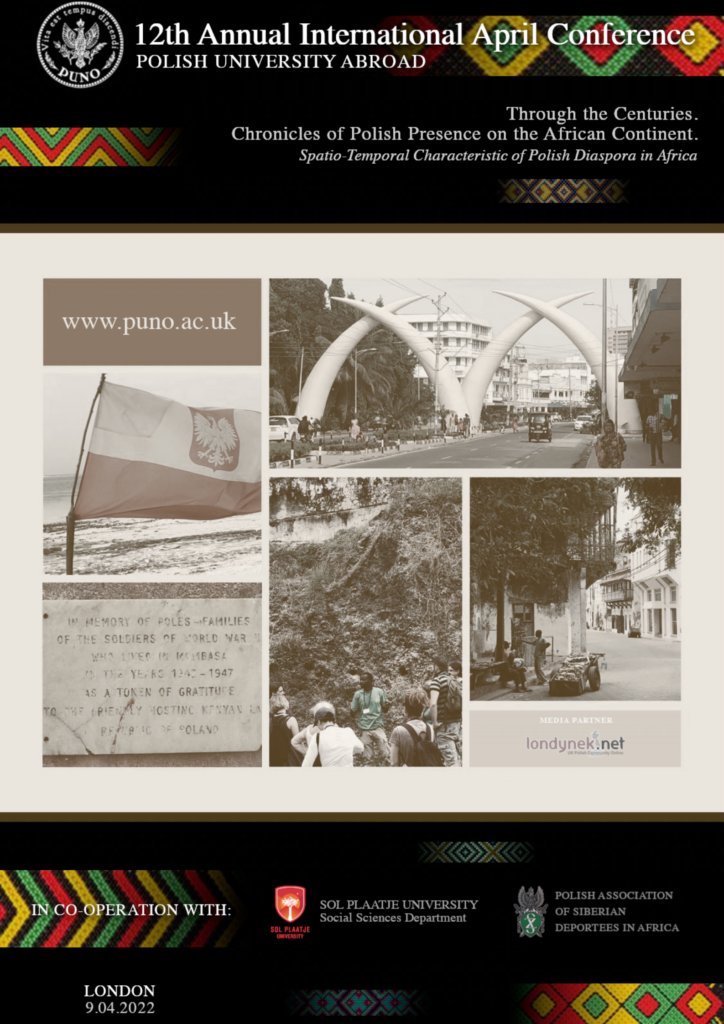 The Polish University Abroad in London has since 2010 been organising the annual International April Conferences, in memory of the last Polish President in Exile, Ryszard Kaczorowski. The conferences aim to highlight the contributions of Poles to culture, art and science in the world.

The process of formation of Polish communities around the world dates back to the 18th century. Poles left their country for many reasons, but the beginnings of Polish emigration were mainly associated with political and economic conditions in Poland. The presence of compatriots on the African continent can be traced to the 15th and 16th centuries, when the first Polish presence was recorded in North Africa, and in the south of the continent from the 17th century, with the presence of Polish missionaries, travellers and sailors in the service of other nations.

The Second World War opened a new chapter in the history of Polish relations with, and migration to, Africa. From 1942, Polish refugees evacuated from the depths of the Soviet Union began arriving in Eastern and Southern Africa. The end of the War and the British withdrawal of recognition for the Polish government. in exile on 5 July 1945 raised the question of the future of Poles in Africa. Disappointed by the results of the Yalta Conference, 80% of Polish citizens decided to remain in Africa or chose to continue their emigration to Western countries.

Today, decisions to emigrate, although no longer dictated by dramatic political events or harsh economic conditions, are taken by young people to discover and get to know the African continent – finding out that the culturally heterogenous and socially diverse continent has so much to offer and still remains mysterious to many Poles.

The scope of the conference covers the beginnings of the Polish diaspora settlement in African countries up to the twentieth century, with particular emphasis on the history of Poles evacuated to the east and south of Africa during World War II, and contemporary Polish-African cultural, social and religious contacts. The conference is a unique opportunity to tell the sometimes complicated story of Polish connections with the African continent, against the background of important events in world history, interwoven with the social history of African countries, in order to make us aware of the very important role played by Africa in the modern world. We invite you on Saturday, 9th April2022 from: 10:00 in London. Conference language: english Entranse fee: free, join online or in POSK (W6 0RF).

6 march 2022 – deadline for submission of application form with abstract

13 march 2022 – notification of acceptance of your application

20 march 2022 – announcement of the conference programme